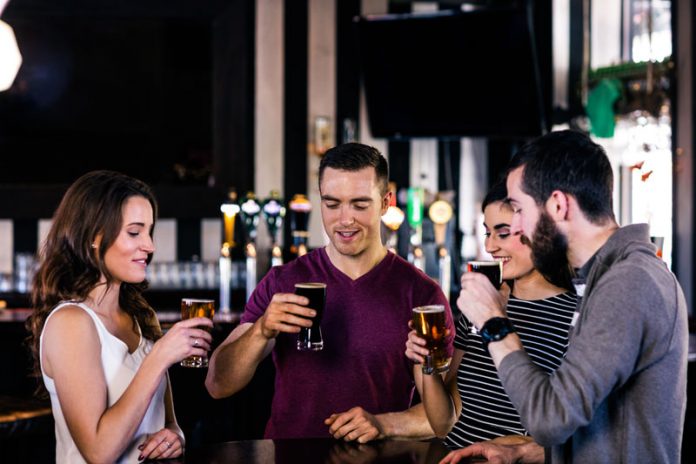 It can be difficult moving to a new city, particularly if you don’t know anyone. Fortunately Dublin is a very multicultural city which is unusual for its size. Every week there are new people arriving in Dublin in a similar situation. Also there are a lot of events for those new in Dublin to meet people
such as those listed meetup.com. A lot of the events are organised around common interests eg photography, entrepreneurship, hill walking etc. There are a lot of facebook groups for people in Dublin. Some of the most popular social groups are organised based nationality. For example, Italiani a Dublino, Classificados Dublin & Spanish Dublin. There are plenty of opportunities to meet new people if you have just arrived in Dublin by yourself.

The main point to remember is you need to be proactive. When you go to events don’t wait for people to come over and say hello. When you join groups on facebook don’t be afraid to organise an event for people new in Dublin to meet up for a coffee or a beer. Given the amount of people arriving in Dublin, websites like meetup, facebook and being proactive it is very difficult not to meet people in Dublin.

Meetup.com is of the most popular ways to meet new people. Anyone can setup a group for a small quarterly fee so there are many groups listed. Groups tend to be setup based on an interest. eg cycling football, entrepreneurship, socialising etc. There are even groups for people who are new in Dublin. Events are typically held in a pub in a very informal setting. Usually there are signs labelled where the meetup event is. If not simply asked the staff or people in the bar. A lot of the people at these events are new in Dublin and are just looking for someone to talk to so don’t be afraid to say hello.

There are a large number of facebook groups where you can meet people. A lot of these groups are organised by nationality. eg Italiani a Dublino, Spanish Dublin, Indians in Dublin. Here you can post a message letting people know you are arriving in Dublin and organise a meetup. Also, a number of these groups organise events. However, the events on meetup.com are far more popular than on facebook. Facebook groups are also useful to find people to add to a whatsapp group.

There are a number of language exchanges in Dublin which are popular given the large number of people from abroad living in Dublin. There is one organised in the public library in the Ilac Centre, Dublin 1. They are spread throughout the week. At 6pm:

There are also language exchanges organised on meetup. The Daily English is one of the most popular.

Sports are very popular in Ireland. With football, rugby, cycling, running, gaelic and hurling being some of the most popular. Joining a team can be a great way of meeting new people. In the winter the weather tends to be awful so these sports can wind down. If you can’t find a team\group to join it’s very easy to start one.

You can start a group on meetup, post messages on facebook groups, gumtree.ie and boards.ie say for example request players for a five a side game each week. You can book a pitch in sportsco (Ringsend, Dublin 4) which is roughly €45-50.

There are a number of classes on in Dublin city centre. eg acting, dance, language, martial arts, fitness etc.
Each of these will give you a great opportunity to meet new people while also learning a new skill.

Finally, one of the more traditional ways of meeting people is in the pub. Irish people are very friendly and social, especially when we are drunk. Dublin is filled with pubs and bars. If you want to meet Irish people stay away from Temple Bar as it’s very touristic and over priced. Locals generally don’t go there, it’s mostly tourists.

When you go to the pub or bar don’t be afraid to say hello. If you are a still learning English you will need to ask the people to speak slowly as we tend to speak fast.